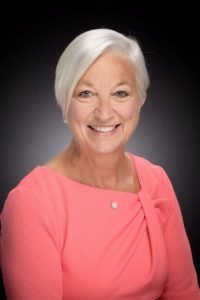 As a recognized leader in the broadcast industry, at the local and national level, Kay’s credibility and creativity has set her apart.

Former President of Local Focus Radio, she is a 30+ year radio veteran with both local and national experience. A skilled manager and leader, Kay strategically captains her team to win and uses her professional network and access to support her partners. As a recognized leader in the broadcast industry, at the local and national level, Kay’s credibility and creativity has set her apart.

Kay served as a past Chair for the Alliance for Women in Media (AWM) and serves on the Mentoring and Inspiring Women’s (MIW) Executive Committee. Kay has been honored as one of Radio Ink’s Most Influential Women and was recognized as a Radio Ink magazine’s 2017 MIW Radio Legend.

Additionally, she was a recipient of the Atlanta Broadcaster’s coveted Lifetime Achievement Award and named as one of Atlanta’s Top 25 Women to Watch in 2008 by Atlanta Woman’s Magazine.

Kay served on the board for GA Public Broadcasting but is most proud of her mentoring initiatives through the MIW’s and AWM organizations.